Hako-Med Horizontal Therapy combines all forms of electromedical therapy (inferential, TENS, Russian Stim, etc). Hako-Med Horizontal Therapy targets both the biochemical and bioelectrical communication in cells, improving their function. In the past, both of these forms of communication would be targeted individually with separate electrotherapy treatments. Hako-Med can target biochemical and bioelectrical communication at the same time, during the same treatment session.

Hako-Med Horizontal Therapy is effective for: 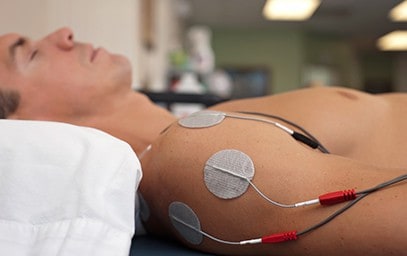 The bioelectrical currents used in Hako-Med Horizontal Therapy have been rigorously tested and are safe for the human body. During the therapy, the current is painless, and often barely felt. Skin is not pierced during therapy, and the treatment is non-surgical and non-pharmaceutical.

However, some conditions may NOT be appropriate for Hako-Med Horizontal Therapy. These conditions include:

How many treatments will I need?

Depending on your condition, the number of treatments varies. Generally, most individuals receive ten to twenty treatments one to two times per week. Treatment sessions usually take 45 minutes. During a session, multiple body parts can be treated.

To learn more about how we can treat your pain with Hako-Med therapy in Miami, Hollywood, Miami Gardens, Hialeah, Coral Gables, or any city in Miami-Dade County, call us at (305) 705-0777 to schedule an appointment.

May I invite you to join us for a Consultation?

"I’m Dr. Alex Greaux, my team and I are dedicated to helping you get out of pain and get you back to feeling great again.

Call us and tell us about your health issues and set up a consultation to discuss the treatment that will best get you back to optimum health.

As your doctor, we promise to sit down with you, face to face, and be attentive, present, focused and actually listen." 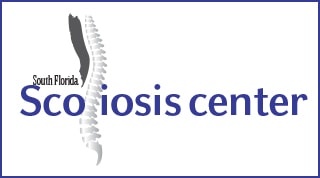 Neuromuscular Scoliosis (NMS) Podcast
There’s no reason to live in pain. Call us today to schedule a consultation.
(305) 705-0777
Copyright Legal Disclaimer
All information, content, and material of this website is for informational purposes only and is not intended to serve as a substitute for the consultation, diagnosis, and/or medical treatment of a qualified physician or healthcare provider.

Copyright © 2021 - All Rights Reserved. *THE PATIENT AND ANY OTHER PERSON RESPONSIBLE FOR PAYMENT HAS A RIGHT TO REFUSE TO PAY, CANCEL OR BE REIMBURSED FOR PAYMENT FOR ANY OTHER SERVICE, EXAM, OR TREATMENT WHICH IS PERFORMED AS A RESULT OF AND WITHIN 72 HOURS OF RESPONDING TO THE ADVERTISEMENT FOR THE FREE, DISCOUNTED FEE OR REDUCED FEE SERVICE, EXAMINATION OR TREATMENT.
Schedule Appointment

Please complete the following form to schedule your free consultation. Your appointment will be confirmed by phone by a member of our staff. Thank you!